A creative writing blog. Simple as that.

Originally posted on Kristen Lamb's Blog:
Image via Flickr Creative Commons, courtesy of Tim Simpson. It’s been amazing and terrifying to watch the changes in our industry just over the past six years. For generations, there was only a…

(^ ^ ^ Just in case you didn’t get a Valentine today!) Happy Valentine’s Day, everyone! Whether you have dinner reservations at a fancy restaurant this evening or you’re opening your third box of chocolates, remember that you’re special—whether you … END_OF_DOCUMENT_TOKEN_TO_BE_REPLACED

It’s finally happening: The ugly, 65,000+ word book that’s been collecting dust in my computer files is finally being read.

That’s right. The dreaded NaNo-Novel, the one penned over three months ago now, is ready to be cut up, burned through, and edited to shreds.

As I read through my super-rough novel these past few days, a made a list of mental/physical notes of the thoughts I had about my work, a few of them being the following:

Wait, who is this character again?

Wow. This scene could possibly the worst piece of fiction I’ve read in my life.

LOOK! A line of believable dialogue! Score one for the author!

Correction. THIS scene is the worst piece of fiction I’ve ever read.

*glances at notes made during November* Ha, look at my little comments here. I’m hilarious.

*reads through supposedly comical scene* This…isn’t funny. At all.

Did I really write this scene? Because I really don’t remember…

Why do I insist on making sentences so super long and complicated that I forget what the whole thought was in the first place and it doesn’t make sense and land ho, we have another run-on.

While reading through the first draft was painful, it also brought back to mind all of the things I’d forgotten about in my story. Characters, settings, subplots I never really followed through with. It also reminded of all of the reasons I loved my story and wanted to write it in the first place.

Here’s a quick list of all the things I’ll be focussing on as I dive into the first round of edits:

So, with all of that said, I hope to get this draft edited/rewritten within the next couple of months. I am super excited to be working on it again! 🙂 I’ve really missed my characters (or the ones I remember, anyway…).

Isabella Stines spent most of her childhood diving into books and breaking the rules by reading past her bed time. Still an avid reader, she spends more of her time as a student and musician in addition to writing, fueling her creativity with Ramen noodles and sweet tea. Stines is currently working on her first series.

What if your seventeenth birthday was just around the corner… …and you already had two published novels under your belt? Meet Caroline George, a teenager who has accomplished these feats and so much more. Caroline has written and published two … END_OF_DOCUMENT_TOKEN_TO_BE_REPLACED

Howdy, folks! Hope you’re having a splendid Thursday. Today was going to be the day I started back “Throwback Thursdays”, a series where old poems, writings, and prose (maybe even a few pictures) that haven’t seen the light of day for several years are published on the blog. However, there’s another topic I feel needs to be covered sooner rather than later.

Fear not—Throw Back Thursday will resume by the end of this month.

Here’s a question for you: Do you participate in writing contests? Why or why not?

Personally, I love writing competitions. Even when Especially when I lose, I feel like I’ve learned something. Something that strengthens my writing, style, and stories.

Last month I entered The WordHut’s flash fiction contest. Although I was pretty confident in my story, it didn’t place. It didn’t even get longlisted. After a few more revisions, I sent it off to Tethered By Letters contest (results come out the end of this month!). I’m also preparing several stories to send off to the Stoneham Writing Contest, The Bristol Short Story Prize, and others.

Searching for a writing competition you can enter? Look no further: Shari has a flash fiction contest with no entry fee and a unique picture prompt.

◆ Deadline: March 25th (a little over a month and a half, so get writing!)
◆ Story must be based on the above painting
◆ 1,000 words or less
◆ Send your entry to paintsplashes@comcast.net (please put it in the body of the email)
◆ Keep it single spaced with no indented paragraphs
◆ Winner will receive $10.00 via paypal; the runner-up will recieve $5.00

Start cranking out those stories and send them in!

~ ~ ~
Isabella Stines spent most of her childhood diving into books and breaking the rules by reading past her bed time. Still an avid reader, she spends more of her time as a student and musician in addition to writing, fueling her creativity with Ramen noodles and sweet tea. Stines is currently working on her first series.

Not too long ago, I talked about having my work featured on the Voice4Society blog (you can find that post and my story here: https://isabellastines.wordpress.com/2014/01/18/voice4society-feature/). I’m honored to announce that they’ve nominated me for their World Changer award! Huge thanks to … END_OF_DOCUMENT_TOKEN_TO_BE_REPLACED

This post is one that’s been on my heart for a long time. Wait, you say. Can blog posts really be on an authors heart? My answer is yes. Yes, they can. Writers pour their hearts into everything they write, whether they want … END_OF_DOCUMENT_TOKEN_TO_BE_REPLACED

Great tips for building your story-world, no matter what genre your writing in!

This perfect January illustration was sent in by Joanne Friar, who was featured on Illustrator Saturday – March 10, 2012. I love how she has built a winter world around her three characters.http://kathytemean.wordpress.com/2012/03/10/illustrator-saturday-joanne-friar/ She is represented by Christina Tugeau.

Your job as a writer is to build a world around your characters to make readers forget they’re reading a book, to convince them that they’re inside a true experience, and that they are witness to a world that exists beyond the page. We tend to think more about world building when writing and fantasy or sci-fi, but this is true for every book. You can’t make your story about life in the 70’s, being lost in the woods, or your novel about protagonist getting hooked on drugs, if your don’t bring that world to life for the reader. The writer who immerses their audience into the world your story lives in…

I’m excited to announce that one of my stories has been featured on the Voice4Society blog! You can find it here (it’s split up into three parts):

I was inspired to write this story after coming home from a mission trip to India. After hearing about the Voice4Society’s Star Search Writing Contest, I decided to submit it. I wanted others to know this little girl’s story! Needless to say, I’m feeling super blessed to have won and to be featured! Huge thanks to everyone at Voice4Society! 🙂

Hope everyone’s having an awesome weekend!

Interesting! Might try to do a few of these. 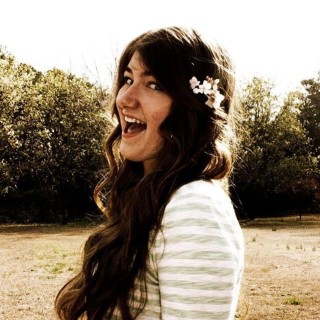 There is no great writing, only great rewriting.
– Justice Louis Brandeis

Make sure to check out her blog, it’s amazing:

There is no gre…